Tuesday, 16.03.2013: The Euromillions jackpot from Tuesday the 16th of July 2013 went to a man who can really use the 27 million Swiss francs.
The investigations according to a well-known Swiss newspaper, the winner is a 26-year-old immigrant from Albania, who lives in the town of Aigle in the French-speaking canton of Vaud. The man is bachelor and single. According to the newspaper, the man was unemployed and held himself with occasional jobs.

The newspaper published a photograph of the apartment block and even named the floor where he was to live. Neighbors reported that they heard the man talking on the phone on Tuesday evening. Since then he has disappeared without a trace. They suspect that he is submerged for fear of jealousy and supplicants. In Switzerland, he has to deduct a total of about 35 percent of his total income from taxes. Nevertheless, he is still a multi-millionaire and has no financial worries in the future. 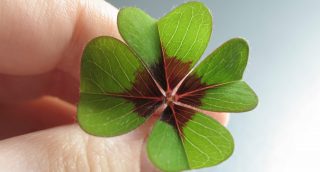 Friday, 23.08.2013: In the drawing of the Euromillions Jackpot on Friday the 23rd of August 2013, Fortuna was particularly fond of a Swiss. He won a huge sum of nearly 116 million francs during the draw.
However, the luck of the winner is not undiluted, because in Switzerland he has to pay taxes for his profit, unlike in Germany. And they are steep!

The man from the canton of Valais has to pay a total of 27 million francs in tax. He was lucky. In Valais, the canton and municipalities grant a 50-percent discount on the normal taxes.

13 million francs oft he taxes must be paid to the federal government, 8 million to the canton of Valais, and 6 million to the municipality of his place of residence. In Switzerland, each canton and municipality levies different taxes on lottery winnings. That is not enough, the winner in the coming years must tax his fortune at the normal rate. Nevertheless, there is still plenty left for him.